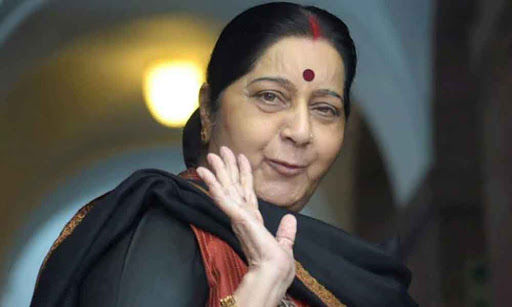 Sushma Swaraj Former External Affairs Minister passes away at 67. On Tuesday at AIIMS, senior BJP leader and former foreign minister Sushma Swaraj passes away. At the age of 67, the BJP veteran, who endured a heart attack, died. Her last post on Twitter was about thanking Prime Minister Narendra Modi for the move on Kashmir by the government saying she had been waiting in her lifetime for this day.

Swaraj, who was the most prominent female face of the Bharatiya Janata Party, did not contest the recent elections to Lok Sabha in which the party won by a huge majority. She had announced last November that she was not going to contest the general elections.

In the 1970s, Swaraj started her political career with the Akhil Bharatiya Vidyarthi Parishad and joined the Bharatiya Janata Party (BJP) after the 1977 emergency. She entered the Haryana government as minister of education at the age of 25 that year, becoming the country’s youngest minister of the cabinet. Sushma Swaraj Former External Affairs Minister passes away at 67.

Swaraj was also the first woman chief minister of Delhi to hold that post from October 13, 1998, to December 3, 1998. She scored another accomplishment in 2007 and became the first female to receive the Outstanding Parliamentary Award. By the way, she got the award from the first woman president of India, Pratibha Patil.

PM Narendra Modi also took to twitter to condole her death. He tweeted, “Sushma Ji’s demise is a personal loss. She will be remembered fondly for everything that she’s done for India. My thoughts are with her family, supporters, and admirers in this very unfortunate hour. Om Shanti.”

All political parties and Politicians condole her death and tweeted.